Espe spend many years in a big animal shelter in Guatemala. Here she was living in a pen together with other dogs, that were clearly more dominant/strong. They stole her food, resulting in Espe being incredible skinny.

There was only one pen empty, where we put Espe together with another dog that was in a similar situation. Sadly, she was so focused on getting food that she showed food aggression towards the other dog and we had to choose which one would stay in the pen. Espe had to go back…

Luckily Caroline, the hero who runs Guatemala Hope for the Animals, offered to take her in at the foster facility in Quetzaltenango. From there she would eventually travel to the USA to find her family.

We brought her to the vet and there she spend a week, purely to gain weight. She also got a bath and some anti-flea treatment. She has very bad teeth, but still managed to handle her food and quickly she started gaining kilos.

When the day of departure arrived we took Espe, together with Gaucho and Joey, and drove across Guatemala to the foster facility. Here Espe will stay until the situations around the Corona virus have improved, so she can travel to the USA. For now she has a good weight again, she receives lots of love and cuddles and she developed a playful loving character. Whenever she sees a human she is happy and we cannot believe it will be hard for her to find a forever home.

Saving Espe simply could not (and we repeat: NOT) have worked without Guatemala Hope for the Animals. They are the best and we would like to ask everyone to show them your support: they deserve it! 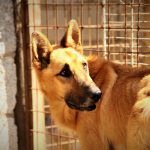 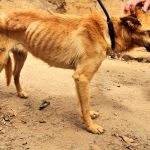